This has been an incredible week!  We had the baptisms of two sisters, Azucena and Norma.  I´ll send the photos in a sec when my comp finishes sending them to his family. :) Apart from that, we did exchanges with the assistants to start the week and then later in the week we did exchanges with one of our district leaders so that he could interview the sisters that were going to get baptized and so that we could interview the brother that they were going to baptize.

I´ll start by talking about the exchange with the assistants first.  It was AWESOME.  One of the assistants right now was my zone leader in Comitán (Elder Gunter), and I´d done exchanges with him before, but this time he came here to Chahuites and stayed with my comp.  I went with his comp  (Elder Cerna) to their area in Tuxtla (They have the temple in their area and I saw it again!!!!  The offices, which is where they live, is like  2 blocks away from it.).  I´ve wanted to have an area in Tuxtla my entire mission and this was the first time I had even worked there so it was pretty cool.  Anyway, Elder Cerna is from Peru, he´s a convert of three years, and is probably the most charismatic missionary that I've ever met.  It´s his first transfer as assistant, so I hadn´t really heard that much from him before, but I learned SO MUCH from him.  So, that was a really cool experience. Also, by miraculous means, the package that you had sent was already there (and I went on Tuesday)! More on that a little later.

Later in the week, after I got back from Tuxtla, we did divisions with our district leader, Elder Stucki.  I stayed in Chahuites this time and was with Elder Stucki, and Elder Reyes went to Zanatepec with Elder Jensen (Elder Stucki´s comp).  It was awesome.  Mexicans don´t really appreciate the pure genius of Reese´s Peanut Cups (that you sent in my package), so Elder Stucki and I took advantage of the opportunity to buy ice cream and eat it with the Reese´s.  Also, unexpectedly, one of our investigators bought us like 10 empanadas each, so we had a feast Thursday night while listening Jon Schmidt´s "Hymns Without Words" (another thing that Mexicans don´t understand the sheer genius of). So that was a lot of fun :)

Then, the other days we had baptisms. :) Both of the sisters were confirmed Sunday morning, as well.  All in all, it was a very happy week.  That´s about all I have to report.  I love you all very much!  Make it through the last week of school and then start enjoying the summer :) the only thing it means for me here different is rain!  But I love it :) and I love all of you!  Have a great week!

P.S.  So I´ve got a random logistical sidenote.  I learned officially today with transfers that all the missionaries that were here for the weird transfer of 10 weeks will be going home 2 weeks early, and not 4 weeks late.  So, it looks like instead of getting home in late March, I´ll be getting home in mid-Febuary.  So, if you guys can keep an eye out for a job out for me that I can work like 40 hours a week when I get back that would be great. Don´t worry about agressively job hunting, just if you hear of something keep it in mind for me :) because it looks like I´ll be home for a couple of months before going back to BYU. I'm hoping it´ll help me get a job that I know Spanish (although Spanish speakers in San Diego are a dime a dozen, I think I probably speak a better Spanish than most of them speak English, so we´ll see if that helps...) and I think maybe I could present my mission as leadership experience since I´ve been district or zone leader for like 8 months now and it´ll be more than that by the time I finish.  So hopefully with all of that combined I can get a good job and can save some money.  I decided that if I have that much time in house before BYU, I´m not going to spend it idly, so I´m also going to practice a lot the piano, reremember all the programming that I learned (I realized as Adam and Jared were telling me that they´re going to do CS and CE that I don´t really remember how to code anymore... we don´t do too much of that around here...) and do crossfit and whatever other productive things I can think of in the meantime. :) 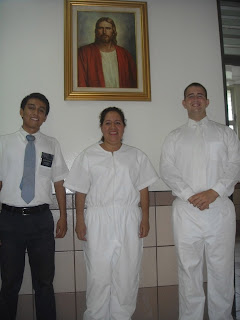 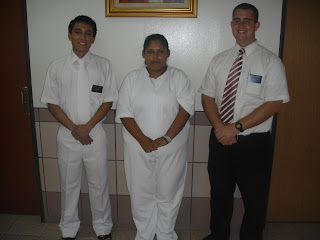